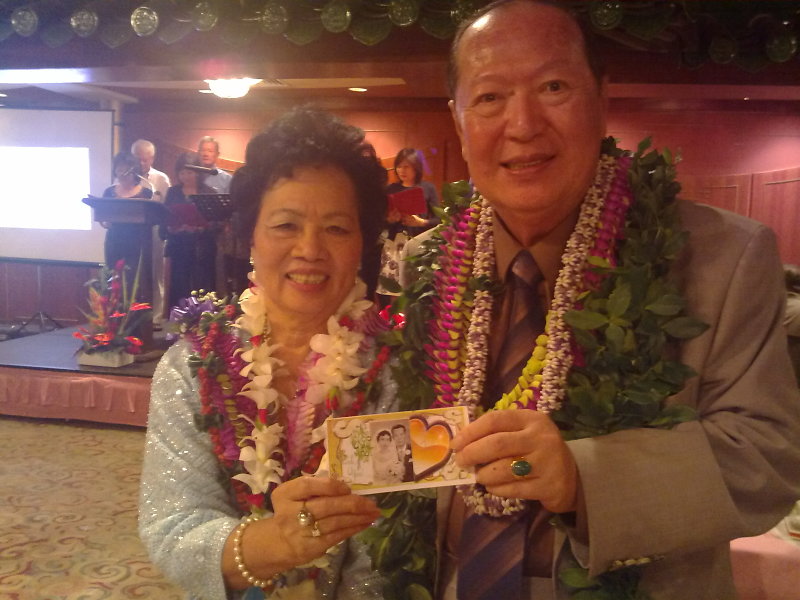 Found myself at Mr and Mrs Herman Lams 50th wedding anniversary. A tale of true love and the american dream.

Mr Lam escaped communist China aged 14 years old driven out of his village for being a christen, 62 years ago. He got to Shanghai where his aunt gave him a gold pen to help him on his way. After swimming to Hong Kong and managing to secure work. He still had the gold pen which he did not want to sell till he felt he really needed too. That day came when he meet Sadie, Mrs Lam. He sold the pen to take her out on their first date. Unfortunately for him it also involved taking most of her family as well.

The photo on the invite is their wedding photo. They then immigrated to Hawaii where they worked their way to financial stability. Raising 5 children who they put through college and have become successful in their own right.

‘there are marriages, there are unions and then there are soul mates’.